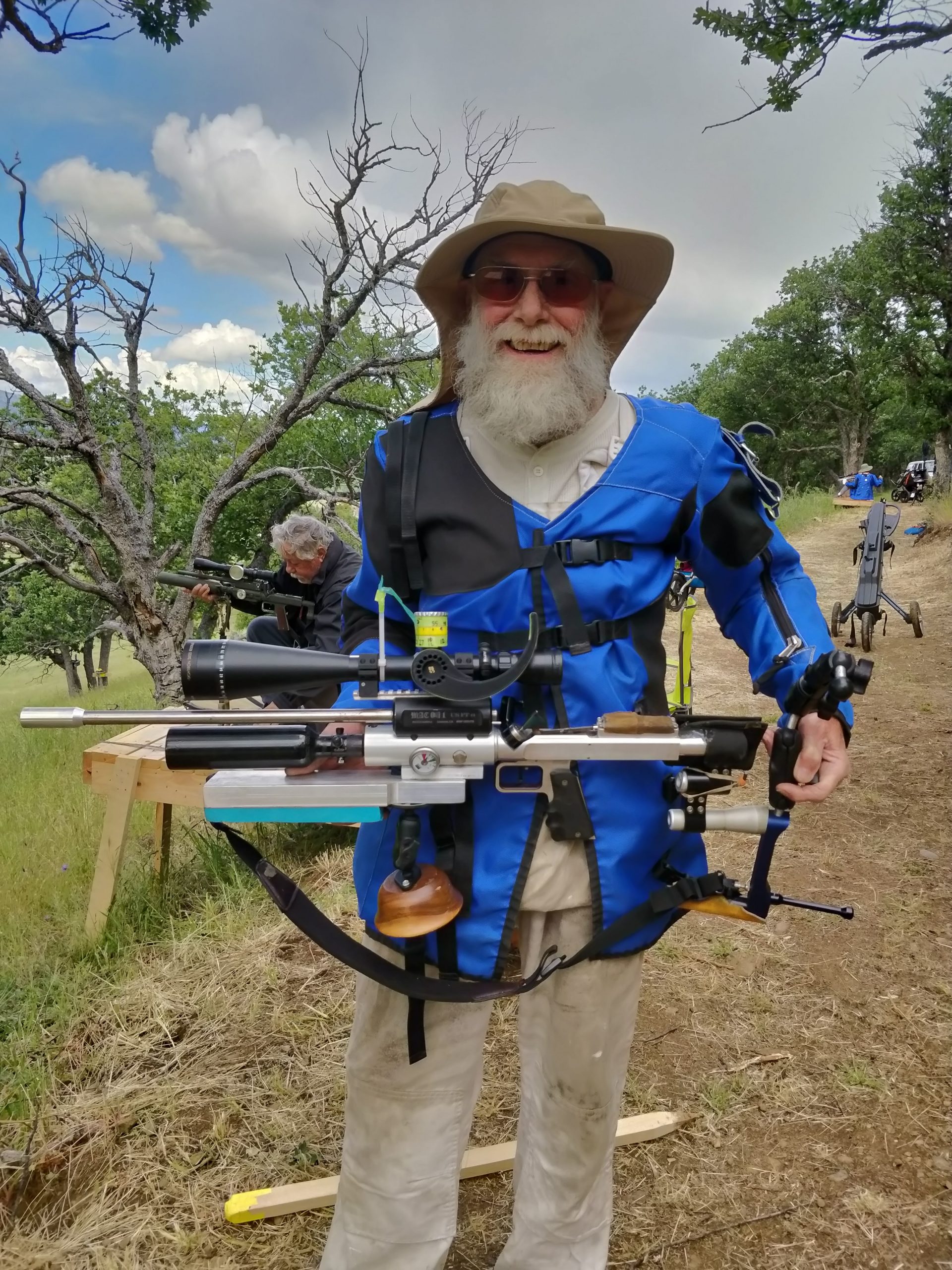 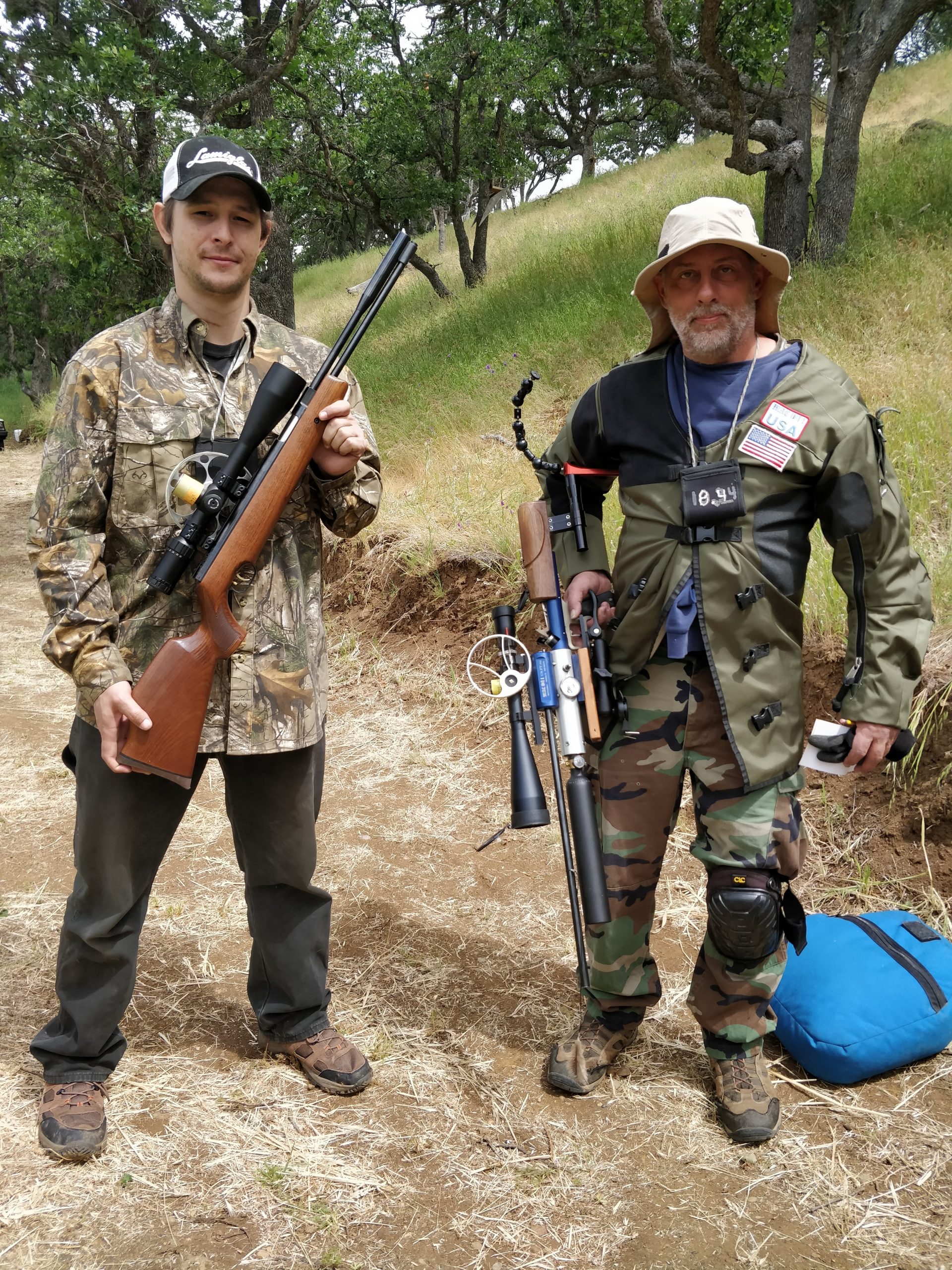 AirGun Oregon supports a team of field target competitors that competes and trains new competitors in the game of field target at our own ranges in South Ashland. As well as regular weekly practice matches, our Team hosts and travels to AAFTA Grand Prix matches around the west coast and nationally.

Our field target courses in south Ashland welcomes the shooters to walk along a creek and sit on cedar decks in the shade of oaks when addressing the steel animal targets.

Wayne placed 7th at the 2017 AAFTA National Championships in the WFTF PCP class. and has also been the Oregon State Champion many times.

New to FT students, Jessica and Cameron Kerndt, visited from Northern CA for lessons in 2016. Jessica placed tenth in the mixed gender, Hunter PCP class, at the  AAFTA 2017 National Field Target Championships.  She also won “High Score Lady” at that same event.  Cameron now wins or is a top contender at all matches he attends and regularly shoots higher scores with his piston rifle than the top PCP shooters. We can’t take full credit for their success, but we are very happy we got them started with some basics.  Cameron travelled to the 2018 WFTF Championships and placed 10th in the Piston Class.

Wayne mentored the game of Field Target under Larry Durham and Tim McMurray, who were some of the founders of the Field Target game in the USA, back in the early 1980’s when the game was brought to Florida and Southern California by a couple guys from England. Larry designed and built by hand, six prototypes of the first USA purpose built field target air rifle in the United States in 2000, which was the “Simple Simon”.  Those first air guns quickly won a couple National Championships. The 7th was handbuilt in 2003 for Tim McMurray of MacOne AirGuns who then began production of the USFT Field Target Rifle in 2004.  Wayne is dedicated to collecting and competing with these fine field target air rifles, although many other fine rigs are also as equally, or might even be more worthy to compete with.

Randy Ebersole came to Wayne for lessons with, about as low cost and basic rig one could start field target with.  After a little training, he used his homemade hunting airgun, a $60 Co2 crosman pistol, he had converted into a small 15 fpe HPA (High Pressure Air) rifle carbine to place 3rd in Hunter PCP class at his first Grand Prix event.  He then upgraded to a Marauder rifle for about a year and a half. But, his rapid rise in the ranks with the Marauder, gained attention, and he got offered a great deal, on what is now considered to be the most accurate, highest quality and most expensive air rifle in the Field Target, or Bench Rest game, the Thomas Air Rifle. http://www.thomasrifles.com/br-rifle.html  This very fine air rifle is also designed and made right here in the USA, by Mike Niksch.  Randy won many Grand Prix events in Hunter PCP class with his Thomas, and he now is shooting the WFTF class with a 12fpe USFT.